So, What Are Razor Bumps?

Also known as ‘pseudofolliculitis barbae’, razor bumps appear similar to acne, but occur due to ingrown hairs getting trapped under the skin, after a shave. For women, this is extremely common on other parts of the body such as underarms, the bikini line and even on the legs and arms. Razor bumps cause the skin to grow outward and as a result, the inflammation on the skin ends up looking like a pimple or a zit.

In contrast to razor bumps, zits or pimples take place when dirt, bacteria and oils get trapped in pores and are locked with sebum. Most pimples generally have pus trapped under the skin and it consequently, turns into a whitehead. Blackheads on the other hand are open on the skin surface and the oxidized sebum appears black at the top. The difficulty is when a person has a blind pimple. It is definitely hard to tell the difference between a blind pimple and a razor bump because both are painful and both don’t have any external differentiators.

How To Tell The Difference

The easiest way to tell if you have a razor bump or acne is to stop shaving completely for a few days. If in case the new bumps stop surfacing on your skin, you will be able to tell that the condition you had earlier were in all likelihood, razor bumps. If you keep getting these bumps on different parts of the face even after you haven’t shaved, your problem is most likely a persistent acne condition that needs to be treated differently.

If the occurrence of razor bumps end after you have stopped shaving, you might want to consider changing your blade, shaving with the grain rather than against it and using a good anti-bacterial, shaving cream. This way, you will still be able to have a nice, clean-shaven look without worrying about having to deal with irritating pimple look-alikes. 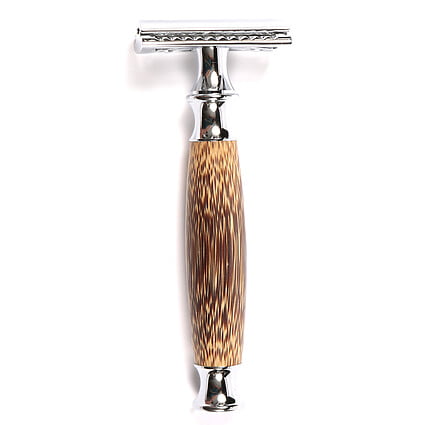 Disposable shaving razors play a major role in the environmental impact of the health and beauty industry.

8 simple steps to the best shave

Any cookies that may not be particularly necessary for the website to function and is used specifically to collect user personal data via analytics, ads, other embedded contents are termed as non-necessary cookies. It is mandatory to procure user consent prior to running these cookies on your website.